Birthday reminder is a simple Material Design Android app which notifies users of upcoming birthdays. Released in 2015, it has had many design and feature update since then, many coming from user requests. Recent additions include Firebase auth and realtime database for data backup. As I built this when I was quite inexperienced, it doesn’t follow any of the common Android architecture patterns, so I wouldn’t recommend using this structure elsewhere. 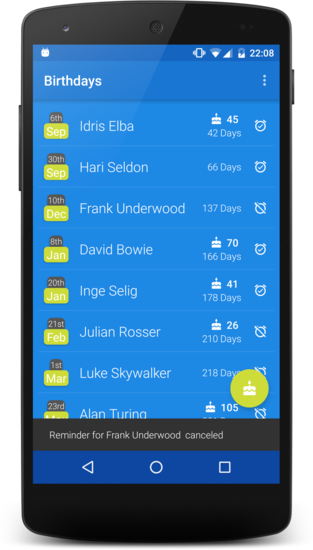 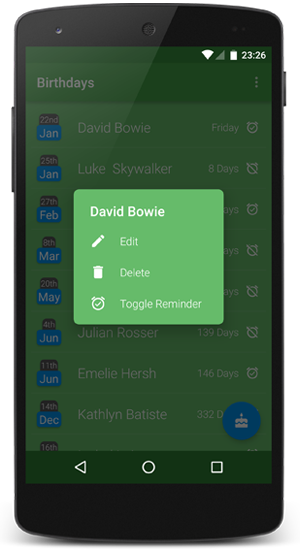 View the code on GitHub

View on the PlayStore